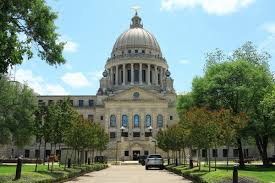 Lt. Gov. Delbert Hosemann and Speaker Philip Gunn, hoping to gather as much financial data as possible, anticipate waiting until June to pass a state budget for the new fiscal year, which begins July 1.

Hosemann, who presides over the Senate, and Gunn “are both of the mind to do the budget as late as possible,” Hosemann said. That will give legislators more time to ascertain how the state’s economy and state revenue are impacted by the fallout of the coronavirus.

Normally the Legislature would have completed the session at least by May 3. But legislators voted in early March to recess because of concerns about the coronavirus pandemic. The resolution established April 1 as the day to resume the session, but only if Gunn and Hosemann agreed they should return. Both agreed last week that April 1 was too soon to return.

Hosemann and Gunn will set a later date. And if they wait until June to do the budget, most likely Gunn and Hosemann will not call legislators back to take up non-budget related bills until May.

Among some legislative leaders, there has been talk of meeting in the Mississippi Coliseum to provide more room for social distancing if the coronavirus had not subsided, said House Democratic Leader Robert Johnson of Natchez who was has been in talks with members of the Republican legislative leadership.

When legislators return, Hosemann said they will need to be especially diligent in passing proposals that cost money. “We must look at the economic consequences of every decision,” he said.

Passing a budget could be particularly difficult because state revenue collections are expected to take a nosedive because so many segments of the Mississippi economy have been shut down because of COVID-19 nor is it clear how soon the state and nation will rebound from the crisis.

Plans made earlier this year when revenues were growing might have to be re-evaluated. For instance, the Senate approved a $1,000 per year teacher pay raise, costing $78 million annually. That proposal currently is pending in the House.

“We started the year doing the teacher pay raise,” Hosemann said. “That is still on my list.”

There also were plans to provide a state employee pay raise and to expand the state’s pre-kindergarten program.

When the Legislature does return, more information should be known about how the state can use COVID-19 stimulus funds approved by Congress and signed into law by the president.

The federal legislation, costing more than $2 trillion, included funds for hospitals, direct payments to most people, enhanced unemployment benefits and money to state and local governments.

According to the National Conference of State Legislatures, Mississippi’s share of the funds should be about $1.25 billion. To put that into perspective: Mississippi’s general fund budget for the current fiscal year is about $6 billion.

Gov. Tate Reeves said those funds “will go toward our recovery and go toward our management of this particular emergency.” Reeves said he does not believe the funds were intended to fill budget gaps caused by any revenue shortfall.

In addition, schools should benefit from a separate pot of money for coronavirus-related expenses. And the state should receive an additional $380 million in Medicaid funding.