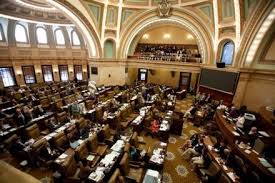 During the 2019 election cycle, a staggering 77 of the 174 legislative candidates ran for office unopposed.

Granted, there are some good perks that go along with being a legislator, including lobbyists willing to provide expensive food and beverage, a sweetheart of an enhanced retirement system in addition to the normal state plan, and oh yeah, the ability to help set public policy for the state.

But serving in the Legislature can be an inconvenience. Most legislators have other jobs, ranging from attorney to farmer to business owner, that they must perform while being away from home during the week for at least three consecutive months every year in addition to being away for other sporadic days during the year.

It might be difficult for a small business owner, in say New Albany in northeast Mississippi, or Bay St. Louis on the Gulf Coast to run their business from Jackson.

That inconvenience has to be one of the reasons for the relatively limited number of legislative candidates. In a sense the retired public employees, currently about 100,000 former educators, state employees and local government workers, make ideal candidates for legislative seats. They often have knowledge of state issues because of their past jobs and have the time and means to serve.

But the House leadership is making it difficult for this ready made group of candidates to run. House Speaker Philip Gunn, R-Clinton, maintains those public employees must forego their pension while serving in the Legislature.

In a nutshell for decades the Public Employees Retirement System Board had a regulation, based on an interpretation of state law, saying retirees could not draw their pension while serving in the Legislature.

In late 2018, in an official opinion the AG’s office gave another interpretation of state law saying public retirees could serve in the Legislature and draw a portion of their legislative pay and their full pension.

Based on that AG’s ruling, PERS changed its regulation.

But the House under Gunn’s leadership is refusing to reduce the legislative pay of four public employee retirees elected this past November. If their legislative pay is not reduced, they lose their pension. The four members’ pensions are most likely significantly more than their legislative pay of $10,000 in session and $1,500 per month out of session. It should be pointed out that these four legislators, like all public employees, contributed a portion (currently 9 percent) of their public sector salary toward their pension.

One of those four retired public employees elected to the House – former Jones County Tax assessor/collector Ramona Blackledge – already has resigned, saying she could not afford to lose her pension.

She said her House service was actually saving the state money since, in her particular case, to be eligible to receive her pension under the formula established by the PERS Board, she could not receive per diem for her food and lodging while in session and she could not receive the $1,500 per month out of session salary. She also could not participate in the Supplemental Legislative Retirement Plan, called SLRP (insert own joke here.)

“I am fine with this,” she said of the limited legislative salary. “This is a part-time position.”

Blackledge points out that retirees from the private sector can serve in the Legislature and draw their pension.

But Gunn claims it is “double dipping” for a public employee retiree to draw pension and a legislative salary.

Other public employees routinely draw their pension and work in other government jobs. Retired teachers, for instance, can work part-time in a public school or for any other aspect of state and local government while drawing a pension and often do.

State law does not say specifically that retired public employees cannot serve in the Legislature and draw their pension. There is an interpretation of the law espoused by Gunn and others that would support that claim. But the AG reached a different conclusion.

Gunn argues that another section of state law says legislators “shall” receive full pay so their salary cannot be decreased, though, legislators neglect the word shall when it is to their benefit, such as the Mississippi Adequate Education Program “shall” be fully funded. It never is.

PERS changed its regulation based on that AG’s ruling, and on the assumption that the Internal Revenue Service grants final approval of the change. And indeed, if the IRS does grant approval as expected, no one is being hurt by the ruling except perhaps legislators who could face a retired public employee in the next election.