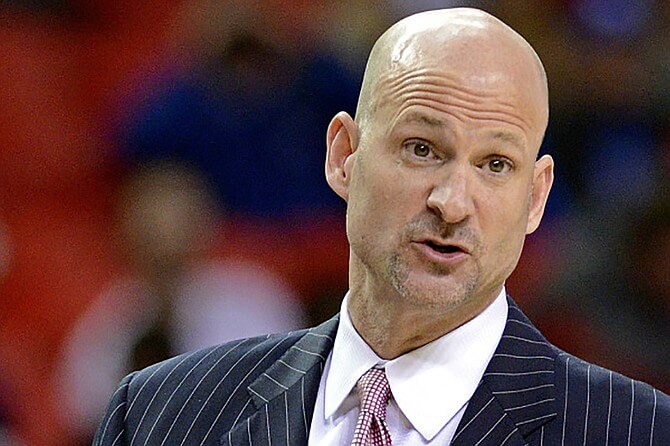 Kennedy returns to coaching – and ‘just the way he’s wired’ – at his alma mater, UAB

Just my opinion: Given time, experience and more exposure, Andy Kennedy might have been the next Dick Vitale, TV’s face of college basketball. Kennedy was that glib, that good behind the microphone.

Next opinion: Kennedy’s broadcasting future was so bright mainly because he understood there’s no need to shout to get his point across. (Unsolicited advice to any TV and radio sports announcers reading this: Wit wins over annoying volume 100 times out of 100.)

But Kennedy, the Louisville native and former Ole Miss basketball coach, has chosen to return to coaching at his alma mater, UAB, where he will try to revive that once-proud program in Conference USA. UAB made the hire official Friday afternoon.

This column comes with this caveat: Kennedy and I are friends. I covered him as a high school player, a college player at UAB and for the 12 years he coached at Ole Miss. He was an outstanding coach, a better interview. He was a veritable quote machine. Every year at the C Spire Howell-Gillom Awards Luncheon. Once, he made fun of me for having four cars stolen from my home in one night. “Jeesh, Cleveland, you’re a sports writer for goodness sakes – four cars!” Kennedy said.

And, yes, he can really coach. Here’s all you really need to know:

• At Ole Miss, he took over a program that had experienced four straight losing seasons and then reeled off 11 straight winning seasons.

• At Ole Miss he averaged 21 victories per season over 12 years for a program that had experienced that many victories in only three seasons in 96 years of basketball prior to his arrival.

• He had a winning SEC record (102-98) at Ole Miss, recruiting to what was surely the worst facility in the league.

Several times since he left Ole Miss for the TV gig with SEC Network and ESPN, Kennedy and I have had conversations about whether he eventually would return to coaching. Kennedy always seemed determined to coach again. Yes, he would say, he enjoyed the TV work. Then, in the next sentence, he would say he missed the competition – even the pressure to win – of coaching.

“It’s just the way I am wired,” Kennedy would say. If I heard him say it once, I heard it a dozen times.

That this opportunity came at his alma mater in the city where he had chosen to live made the UAB job all the more enticing.

In a prepared Friday UAB press release, Kennedy said, “I am blessed to be able to return to my alma mater in a city that I love, to lead this storied basketball program,” Kennedy said “… It is now my mission to restore this program back to its rightful place on the college basketball landscape.”

There are downsides. Conference USA has become a one-bid league. The last time the league put two teams in the NCAA Tournament was 2012 when Memphis was the tournament champion and Southern Miss made it as an at large team.

What’s more, UAB basketball has fallen on hard times. UAB last went to the NCAA Tournament in 2015 and hasn’t been to the NIT since 2016. That’s a far cry from when the legendary Gene Bartow, for whom Kennedy played, led UAB to seven straight NCAA Tournaments in the 1980s, making the Sweet 16 twice.

At UAB, Kennedy will be going head-to-head with Southern Miss where head coach Jay Ladner says he welcomes Kennedy in the league.

“I think it’s exciting,” Ladner said. “Any time you get a coach of Coach Kennedy’s stature it’s good for the league. He had an incredible run at Ole Miss. He’s become even more of a national figure because of his announcing. He was one of the best in my opinion. Were’ fighting for publicity and notice in our league, for our piece of the pie, and this makes our league stronger and more attractive in my opinion. It raises the bar.

“UAB is a basketball school with a great basketball facility and he’s a great fit. Our league just got better.”