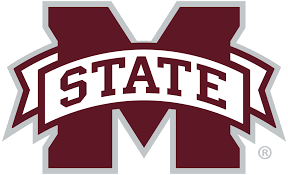 STARKVILLE – Mississippi State women’s basketball will host Bethune-Cookman Monday night in its final home game before the Thanksgiving holiday. The Bulldogs and Wildcats will tip-off at 6 p.m. inside The Humphrey Coliseum.

• She is averaging 9.0 per game, which is tied for the second-most in the country.

• Taylor’s career-high for assists in a season was 151 during her sophomore season in 2019-20. That year she averaged 4.6 assists per game.

• Taylor has earned 7+ assists in all three games this season. Her previous long streak with 7+ assists in a game was back in 2019-20 when she did in three straight games from Feb. 27 through March 6. During that same season (2/9/20 through 3/6/20) she had at least six assists in seven consecutive games.

• When Taylor reached at least seven assists in a game, State is nearly perfect with a record of 12-2.

JerKaila Jordan Has Been Special Early

• Through three games this season, Jordan leads the team in points scored (58) and ranks second in points per game (19.3).  Jordan, a 5-9 guard, currently leads Mississippi State in rebounding average (8.3) with a team-best, 25 boards on the year.

• The 2021 AAC Freshman of the Year recorded her first career double-double against South Dakota State on Nov. 12, 2021. She scored 17 points and added a career-high 11 rebounds. Jordan, who was named a First Team All-AAC performer as a freshman, reached the 20-point mark with Mississippi State against Alcorn State for the first time. In her career, she has scored at least 20 points in 11 games.

• Against Alcorn State, Jordan scored 26-points on 10-of-17 shooting while going 6-for-10 from three. Her six made triples set a career-high for made three’s in a game

• On top of leading the team in points and rebounds, Jordan also ranks second in steals (7), third in blocked shots (5) and fourth in assists (3). She is shooting 55% (second-best average on the team) from the field while leading the team in 3-point percentage at 59%. Jordan is also shooting 80% from the charity stripe, good for second on the team.

• On the year, the Wildcats have been led by Morgan Beacham and Taylor Williams. Beacham leads the team at 15.3 points per game, while Williams is second at 11.3 ppg. They are the only two Wildcats averaging double-figures and both are averaging at least 28.8 minutes per game.

• Bethune-Cookman enters the 2021-22 season after having not played during the 2020-21 campaign. The Wildcats elected to opt-out of last season due to Covid-19.

• Head coach Janell Crayton is in her first season with the team. She made her collegiate head coaching debut on Nov. 10 in BCU’s win over Edward Waters.