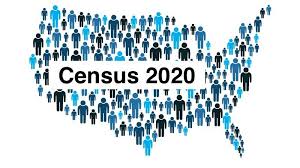 After discussions about extending the deadline for information to be submitted in the 2020 Census stalled in the Senate, the United States Census Bureau is officially cutting the schedule for data collection down by one month. This adjustment has politicians, researchers, financial officials worried about untrustworthy data and extreme false counts in many areas.

Along with this, many worry this could affect federal aid due to the census determining how about $1.5 trillion is dispersed over the next decade in different congressional districts and federal programs.

The Census Bureau has announced that information will stop being taken from families online, over the phone, and face-to-face at the end of September rather than October to meet the deadline of redrawing congressional districts across the nation.

“This move will rush the enumeration process, result in inadequate follow-up, and undercount immigrant communities and communities of color who are historically undercounted,” U.S. Rep. Carolyn Maloney, chairwoman of the House Committee on Oversight and Reform said in a letter to the Census Bureau.

As of the beginning of the week, over 37% of American households had not completed the 2020 Census.